From Adventure Dude at Roughing It to International Conflict Manager 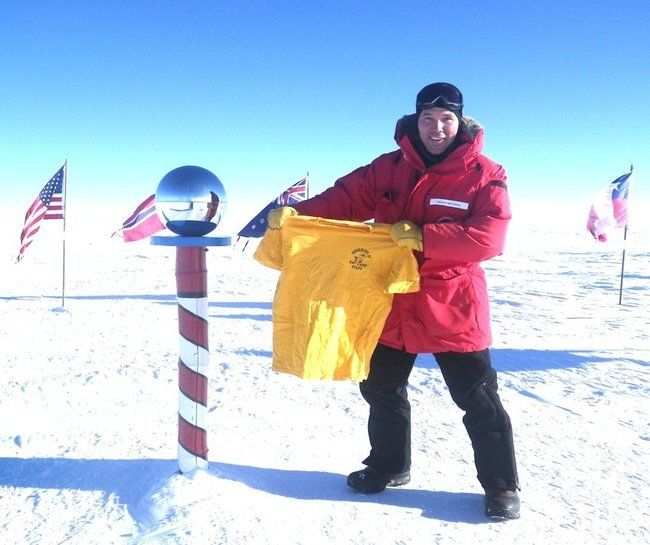 [to the tune of the theme song from Gilligan’s Island]:
“Come have fun at the reservoir, we’ve been waiting for you;
There’s Alex on sports, Angie on Crafts, and Shawn the Adventure Dude!”

As I recall, that was the Res Staff cheer for one of the sessions in 1997, my second season at Roughing It. During the previous summer, I was simply the “Adventure Counselor”, charged with leading camper groups through various activities ranging from outdoor skills, rock climbing and mountain biking to low ropes-course team-building and cooperative games. By my second season, the Junior High Girls officially dubbed me Adventure Dude and it stuck.

More than just a silly nickname, however, the identity I took on in the presence of Roughing It campers was nothing short of life-changing. Whereas I started off with a mission to facilitate the learning of important life skills (self-confidence, collaboration, communication), I ended up absolutely inspired by what I witnessed, and there was no turning back. Time and time again, those kids demonstrated what is possible when we work well with each other. My approach was all about posing challenges that seemed impossible to overcome… but they always managed to succeed. I figured that our world had a lot to learn about this… and so I decided to pursue a career in collaborative problem-solving! As it turns out, my techniques today with corporate CEO’s aren’t all that different than they were with RI Campers 20 years ago!

In fact, as I reflect on two decades of facilitating and training in collaborative problem-solving, I can point to specific moments working with RI campers that seeded my dreams to work toward a world that works for everyone. For example, during one of the parent visiting days, I vividly recall chatting with one of the camp fathers as his son participated in the “Leaky Pipe” activity that I had developed as a very difficult team challenge for camper groups to learn about conflict resolution, collaboration, and communication as they attempt to float a ping pong ball to the top of a hole-riddled pipe. As I excitedly explained all the dynamics at play with Leaky Pipe – ranging from “body packing efficiency” to communication protocol, willingness to share divergent ideas, and group norms around cooperation vs. competition – the parent said, “Wow, you could write a doctoral dissertation on this!” Let’s just say that I didn’t have the patience for a PhD, but when I wrote my Master’s thesis on A Call for Adventure-Based Conflict Resolution, I actually did use the Leaky Pipe activity as a case study (with adults).

Using adventure-based experiential methodology as the primary channel for transformation, I have worked with thousands a people across the US and in over 50 countries around the world, and all in the name of collaborative problem-solving.  I’ve worked with former child soldiers in West Africa, members of parliament in Indonesia and Pakistan, and emerging leaders throughout the Middle East, including joint leadership-development programs with Israelis and Palestinians. These days, I work mostly with corporate leadership teams. (www.shawnmdunning.com).

Recently, I found myself at the South Pole on behalf of the United States Antarctic Program.  Having learned about my expertise in preparing teams to deal with conflict and perform at high levels, they invited me to prepare the “winter-over” crew of 40 scientists and logistical support experts to live and work together in the most isolated environment in the world.  After the last plane left the Pole in mid-February, extremely low temperatures throughout the winter (e.g., -100F) will prohibit future flights until November. Thus, the team is isolated for almost nine months, and they have to be ready to deal with any problems that may arise – both mechanical as well as psychological.  It was my job to prepare them.

During my week at South Pole station, I led several sessions on communication and conflict resolution skills, and I also challenged the team with several different problem-solving initiatives, including a “dry” version of the leaky pipe, which tasked the team to inflate a balloon by pumping air through a hole-riddled pipe!

Whether working with 6th grade campers on the lawn at the Lafayette Reservoir or with a group of astrophysicists at the South Pole, I can confidently say that there is not much of a difference.  People are people, and the most successful teams in the world are the ones who can demonstrate what most Roughing It campers learn in as few as four to eight weeks.