Life Lessons Learned at Roughing It 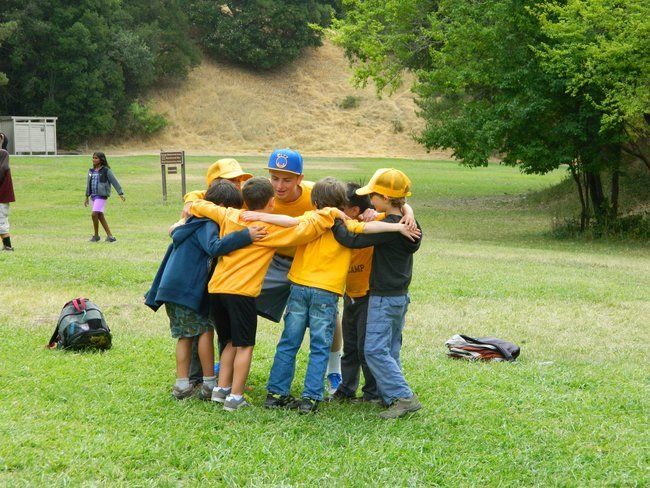 All of our campers have their own unique experiences every summer that they carry with them throughout their lives.  They take away valuable life skills from their time at camp, which help them in other areas of their life.  We wanted to share with you the experience one of our campers had at camp and how it helped him later on.

Every year we receive requests from campers and staff to write letters of recommendation for college & graduate school applications, or a new job. A few years ago, we got such a request from a former camper and junior counselor, Jimmy, who was applying to Harvard.  Jimmy included his college essay about his experiences at Roughing It Day Camp. We were very touched by his essay and have included it here. Jimmy’s essay is a vivid reminder of the many life lessons our campers receive when they attend Roughing It Day Camp.

The summer before junior year, I volunteered for six weeks as a junior counselor at Roughing It Day Camp, an all-outdoors summer camp in Lafayette, California. Here, kids spend their summers riding horses, fishing, boating, playing sports, creating lanyards and other summer crafts, and learning about nature. I used to be one of those boys on the hike; I had gone to the camp as a camper for years, and I loved every minute of it. I still remember the first time I got on a horse – as soon as I convinced myself the horse understood what I was telling it (the counselors swore the horses would follow voice commands), the horse decided to lie down and I had to make a miraculous flying dismount. At least that’s the way I remember it. Riding soon became my favorite camp activity. But what made me love my experience there and return year after year was the staff. These counselors were some of the most incredible people I had ever met.

When I was selected to be a Roughing It Junior Counselor, after a written application and in-person interview, I saw for the first time the other side of the camp experience. I had gone into the application process rather naïve; if being a camper was so much fun, how hard could being a counselor be? The one-week training session was a wake-up call. The college-age group counselor and I would be in charge of fifteen five-year-old boys every day, five days a week, for seven activity-packed hours. There were special counselors for the specific activities, but overall these boys were ours. Every day, I’d come home exhausted; ready to lie down like the horse that first day. As a camper I had focused on my own enjoyment – riding the horse, catching the fish, choosing the songs to sing. This was the first time I had ever paid so much attention to the feelings of everyone around me – learning not only to recognize and help with the feelings of the boys when they happened, but just as importantly, learning to see them coming. I remember vividly the range of expressions they would show throughout the day – angry when they couldn’t sit next to their best friend, happy when they caught a fish, and cranky when they were hungry. Some of my favorite moments in the summer were the kids running to give me a hug in the morning when they first arrived, faces glowing (although that might have been from the sunscreen). That would always erase the exhaustion of the previous day. At some point I realized that these first grade boys felt about me as I had felt about my camp counselors, which was an amazing realization.

By the end of the summer, “my” kids who had been too scared to put their feet in the water at first were jumping off the diving board like pros. Kids who had been terrified of the big, scary horses were riding around with no hands. But the transformation that they had experienced over the summer was nothing compared to what I had gone through. Being on the other side of that camper-counselor relationship was beyond what I had expected and every bit as wonderful as the camper experience I had.

Jimmy was accepted into Harvard in 2015 and is currently in his third year there. He went on to spend a summer as a group counselor at Roughing It, where he looked after our B3’s!

We are so proud of all that Jimmy has accomplished and can’t wait to see what is in store for him as he continues on his college adventure at Harvard!

PrevPreviousFall updates at the Res!
NextHappy Holidays From Roughing It!Next