A Salute to Max Our Camp Dog

Salute to Max Our Camp Dog for a Job Well Done 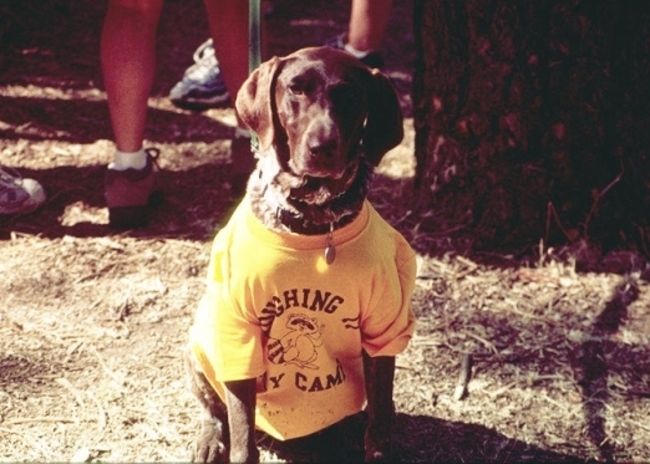 Max enjoyed almost two decades as the legendary camp dog at Roughing It. He was almost a year old when he was first introduced to camp and loved every moment of Roughing It from that day until his last summer in 2012. 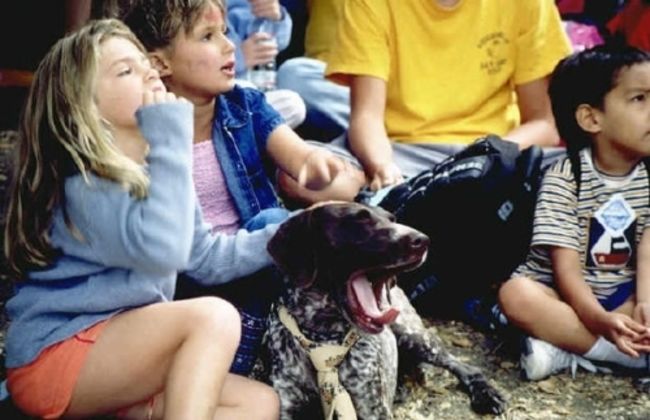 He was a friend to each and every camper and loved sitting with them at Opening and Closing Circle.  His loving and happy nature won the hearts of everyone he met, even some campers who initially were afraid of dogs ended up loving him. He was the official morning greeter at the buses every day. He relished escorting camper groups up to Opening Circle where he would occasionally make Announcements with Ann; he would remind campers to wear a hat by coming to opening circle wearing his very own Roughing It hat. He also really enjoyed dressing up for theme days, hiking with the Jr. High Boys Group on flag hunts, and going around to say Hi to every camper group in the morning; although we had to be careful to not let him get too close to their snacks.

The place in camp that Max found the most adventuresome was the horse site in Moraga. It was where he could run free up and down the hills and explore the far corners of the back forty. The campers were always amazed to see him there hunting in the field; and when he was hot, he could be found floating in one of the horse troughs.  He learned to be careful and quiet around the horses, just like the campers are, and took great joy when one of the horses, like Aladdin, put his head down so Max could give his mussel a loving lick.

One of Max’s jobs at camp was going on the overnight. He hiked in the K group as their official escort and motivator to “keep up with Max” until they got to their campsite, checked under every group’s picnic table to find what morsels may have slipped onto the ground from dinner and breakfast, attended campfire, and hiked out with the campers the next morning to meet their parents. Max helped in many ways at the overnight, but his most important role was to help campers who were homesick at bedtime. Although this did not happen often, it was a critical role Max played.  He would be summoned by the Group Counselor and Amy, the Head Counselor, to come over and lay on the sleeping bag of the camper who was homesick.  The camper would immediately feel comforted and soothed by his warm presence, and would automatically start to stroke Max’s back.  The Counselor would read the camper a story while Max’s lay very still by the camper who within minutes would drift off into a peaceful sleep.  Max had 100% success rate and was proud to be Amy’s secret cure for homesickness. 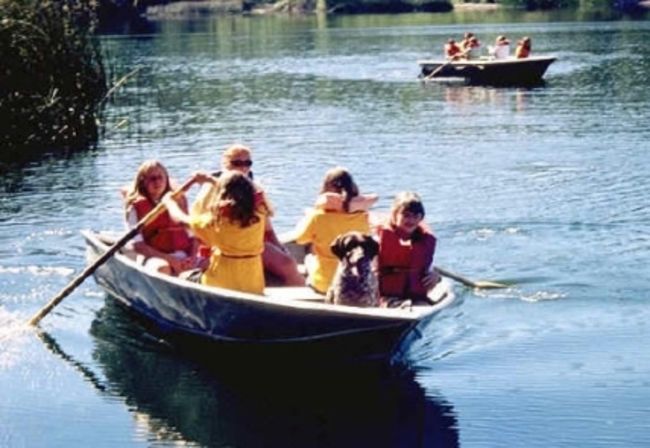 His last job was training the new camp dog, Gus, to do all the “camp dog” duties! Gus learned a lot from Max and now has some big paws to fill. Gus misses his best friend Max, but hopes to carry on the camp dog legacy at Roughing It. Max will be greatly missed by the Woods Family and all the campers, staff, and camp families who knew and loved him over his 17 years at camp.

Mark Twain said, “If dogs don’t go to heaven, I want to go where they go.”

PrevPreviousExercise and the Importance of Physical Activity for Kids
NextLet’s Go Outside! The Benefits of Time Spent Outdoors for ChildrenNext